I'm On the Radar (aka Keywords Get Noticed)

A couple of days ago, I posted about Phantom's vet exam last week. I like a catchy title, so I had called the post "In Which Phantom Almost Gets Murdered".

Apparently, there was a keyword in there that got some attention.

When I looked at Google Analytics later that day, I noticed that I had a new viewer. 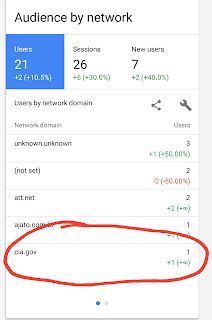 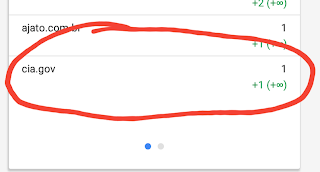 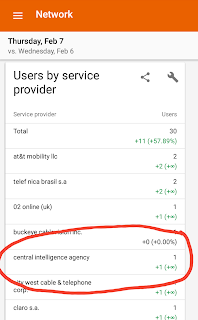 Now, there is a possibility that there is a file clerk at the CIA who rides hunters on the weekends and was viewing horse blogs on her work computer during her lunch break.

But the more likely scenario is that there is a Jason Bourne type operative with the code name Phantom who is currently on a mission to save civilization from some bad Dr. Evil dude, and I just made everyone in the world of clandestine operations panic with my tongue in cheek title.

I really hope this won't affect my ability to go to Disneyland next year.

So the moral of the story is, keywords get noticed!

On Friday evening I was bored so I looked at Analytics on the desktop version. And I noticed this: 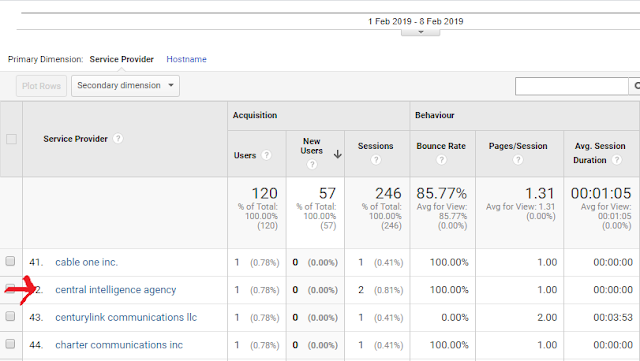 The CIA was not a new user!!! They've looked at my blog before!!!

Apparently it was in January. 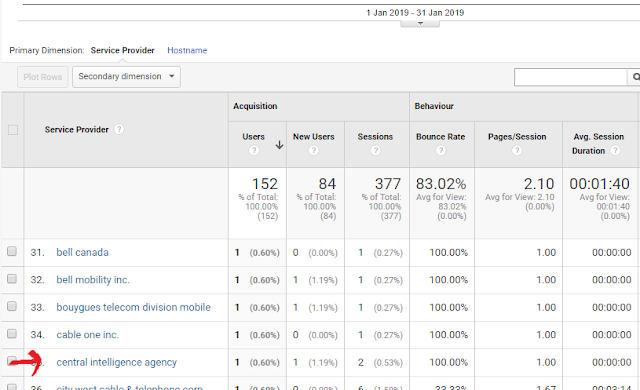 What did I write about in January that would set alarm bells ringing??

It looks like the first hit was the week of January 20th. Can't think of anything that I posted that week that would be suspicious.

And maybe the post titled "Severed Limbs" was what they looked at during the week of January 27th. Just maybe.

Fellow Bloggers - please tell me the CIA is watching you also and there is no need for me to be paranoid! Or if you are the reader who checks out blogs on your CIA-issued computer on your lunchbreak, please send me a message!!
at February 09, 2019