I had great plans for Wednesday. I'd head out to the barn in the morning, hold my two horses for the farrier, and have the afternoon free to do a few errands.

When I got out to the barn at about 10:30, there was no farrier. Apparently they were coming out for 1pm (which had been announced on our Facebook page but I failed to read for comprehension). So I now had enough time to do a couple of things with the ponies because it wasn't worth heading back into town to do my things.

Since I hadn't been out in a week, I put Cisco in the arena to burn off some energy. He had a pretty good time running around with his head straight up in the air and his back totally dropped down.

Then I took him back over to the barn to begin the de-hairing process.
So much hair. And he's not the hairy one that I have to groom.
I gave up after about 40 minutes. I didn't have any energy left and needed to go into town to get some lunch before the farrier. Cisco was turned back out and I went for food.

Cisco was first to get his feet done when I got back. I was hoping that the earlier running around would enable him to stand relaxed. It totally did. Not that he's usually bad for the farrier, but he can sometimes be a bit impatient and annoying to me. And I can't pop him one on the nose when his foot is in someone's crotch. But today he was just about perfect for his trim.

Phantom was also super good, as per usual. She was seemingly a little reluctant to stand on her left hind, where the hematoma is, when her right front was being trimmed, but when the shoe was being put back on she was fine. So I still don't know if that hematoma is bothering her. I'll chat with the vet about it when she is out in a couple of weeks, but I'm pretty sure it will just be a while before it reabsorbs.

I scraped a fair amount of hair off of her also, but she's still very fluffy. Polar ponies take a while to shed out.

Phantom made a new discovery today - donuts are delicious.

Someone had brought donuts out to the barn. I grabbed a chocolate dip and went to rescue Phantom from the jail cell stall that she was stuck in while the farrier backed the truck out of the barn. She was loudly disputing her incarceration.

I figured I would be safe by taking my chocolate dip into the stall with me, as she has never liked any type of bready thing before. I gave her a small piece, fully expecting her to just spit it out.
But these were magical Tim Horton's donuts. A Canadian staple. And Phantom is a patriotic Canadian pony. 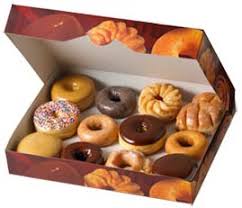 She loved the donut. And wanted moar. And moar. And moar.
I ended up sharing the chocolate dip. I'm surprised I managed to get as much of it as I did - she came close to grabbing the whole thing in her lips at one point.  And then we shared a sour cream glazed (I stood back this time to keep the donut in my hand out of lip range).
It looks like she'll get a frozen lemonade and a donut for her birthday this year. (Must remember to take pics and tag Timmie's - maybe she can become their mascot....)