Alright, let's just get this out of the way.

And now I'm wiping the tears out of my eyes. That's the first time I've put that down in print. Whew.

It's new. Found out at about 2:20 on Monday afternoon.

It's unknown. All I know at this point is that the nodule on my thyroid that was biopsied came back malignant. It could be one of three types of cancer, but the pathology didn't indicate what type.

It was completely unexpected. The nodule wasn't very big, but it had grown over the last 18 months. Nodules are very common. The chances of a nodule being cancerous are very low, something like 5-10%. I had no reason to believe that my results would come back with anything other than nothing wrong.

It's scary. Thyroid cancer is supposedly one of the most treatable cancers. And I'm hoping it was found very early. But, having to apply that C word to yourself is pretty terrifying. And until I see an oncologist, I don't have much information. Which is not how I like to work.

Here's where things stand. (The more I talk about it, the easier it gets. So feel free to skip this part, it's not overly exciting.)

About two and a half years ago I had a hoarse voice for no reason. Hadn't been sick or anything. I also would feel like I was running out of breath while I was talking. Lost my voice completely once after work while I was talking to the cat. It lasted about a month. By the time I got in to see my doctor it was back and everything seemed fine. My doctor thought that my thyroid visually looked enlarged, so I was sent for an ultrasound.

Ultrasound came back that I had a nodule on my right thyroid, which is typically benign. Recommended rescanning in six months. At which point there was no change. So, re-scan in a year. 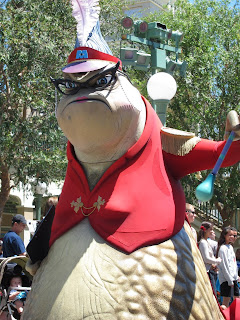 Which should have been in February or March of this year. But I forgot. I was having a "female" issue and needed to get a PAP test done, but every time I would schedule it things would, um, happen, and I had to keep rescheduling. So I forgot about it when I finally saw my doctor in May.

No worries, I was going to have to go back in July to get my Synthroid prescription refilled. I'd mention it then.

Except that my doctor apparently retired in June. So I had to find a new doctor. Which actually wasn't hard, and I probably got an appointment much sooner than I would have with my previous doctor. The appointment was in August, and because I was working nights, I booked the ultrasound for the second week of September when I was on vacation. 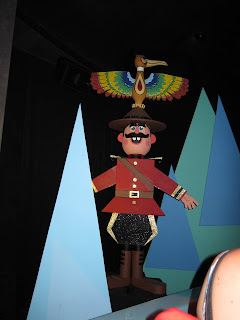 The first clue that something was wrong was maybe at that ultrasound appointment. It was at a different facility than the previous ones. The tech got the images, then I had to wait until she showed the images to a radiologist, as per their protocol. That didn't happen at the other place. I tried not to read anything into it, but I was a bit disconcerted.

Then I got the call from the doctor's office to come in for my results. Like, tomorrow?

Now, my previous doctor usually gave me results over the phone. So getting called in, ASAP, immediately gets me worried. This time, the nodule had grown, to about 1 - 1.5 cm, and a fine needle aspiration biopsy was recommended. And I was being referred to an endocrinologist. 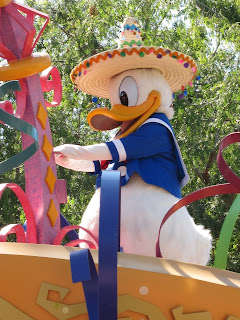 Getting a needle stuck in my neck didn't sound like a fun time. Especially after I read that many doctors don't use a local anesthetic, and that the "fine" needle commonly used is a 25 gauge 1.5" needle. I envision horse needles, which is in no way what I would consider a "fine" needle, even after discovering that the gauge is about 1/2 that of a standard 18 gauge horse needle.

But the actual procedure was fine. The doctor did use lidocaine, so there was only a very slight discomfort as he dug around a bit to get three samples. My head was tilted back to expose my neck, so I wasn't able to see anything that he was doing. If you have to have this procedure done, don't stress about it. It was no big deal. It did leave a decent bruise on my neck, that looked like a hickey or that I'd been throat punched, and that I didn't have the right makeup to totally conceal. Whatever, didn't bother me.

I saw the endocrinologist the week before the biopsy. It was just a quick chat. He didn't sound overly concerned that my nodule looked irregular, but said there could be many things between nothing and cancer that could still be wrong. The chances of the nodule being cancerous are very low, but if it is cancer, thyroid cancer is one of the most treatable, with one of the highest survival rates. He mentioned a study they are doing in Japan, where they are not treating those with thyroid cancer, and there is no higher death rate than in areas where the thyroid is removed, as is typical here in Canada. Also my nodule is very small. He's seen ones as large as 5 cm that have nothing wrong with them.

I had no reason to think that my results would come back with anything wrong. I was 99.5% sure that that would be the case, and I kept forgetting that I was awaiting to hear. 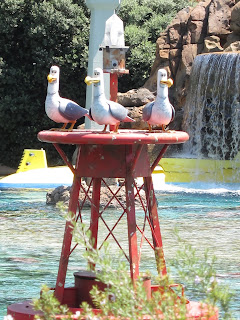 First thing Monday morning, I got a call from my doctor that she wanted to review the results. And hey, would 2:15 this afternoon work? Cue instant worry.

Thankfully my mom and dad live only a couple of minutes from my doctor's office. I managed to hold it together until I parked. They were the first people I told. It didn't get any easier by the end, who was my brother, only because I hoped to catch him at home and not at work. Which of course didn't happen since he was working late.

I have a couple of co-workers who have gone through this - one has gone through a couple bouts of cancer over the last few years and another whose husband passed away about two years ago. They have been great to talk to and have made me feel better.  They told everyone else so I didn't have to, so other than some text messages I can keep myself busy and distracted at work. 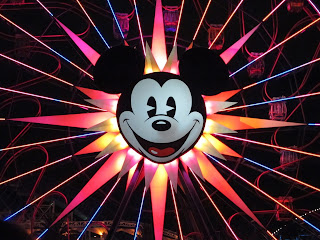 For now, life is kind of on hold. I fell like I can't make any plans. I have to go for some bloodwork at 3 this afternoon. And then I'm waiting for a call from an oncologist.

It's all rather surreal. I feel the same. I look the same. But something's wrong. And I don't know how it's going to be fixed. Hopefully I have some answers very soon.

So life goes on. Everything is the same.

Except that it's not.

Edited to add 1 hour after I posted this: I just got a call from my doctor to clarify what she had told me the other day. (I hoped she was going to tell me that she gave me someone else's results, but no luck there.) She had reviewed the report a couple more times, and wanted to let me know that it is not a confirmed malignancy. The report has a bunch of "it could be's" and a definite "suspicious follicular something something something". I had asked her at the original appointment if it was a definite malignancy and she had said yes at the time, so she wanted to let me know that upon re-reading the file that is not the case.

It will be up to the oncologist as to what we do next to get a confirmation.

I'm not going to get my hopes up, but I might squeak out of this yet!