My boots from Celeris finally arrived!

They were ordered at the beginning February, but they screwed up the first pair that they made (full sheepskin-lined legs instead of just the foot), so it took an extra month for the new pair to be made. They got it right on the second attempt and the boots showed up last week.

And I'm really happy with them!

Thankfully, I got the Bia's with the laces up the front because I don't know if I would have managed to zip them up otherwise! They were snug! But they seem to have relaxed a bit and I don't feel the pulse in my lower leg anymore when they're on. 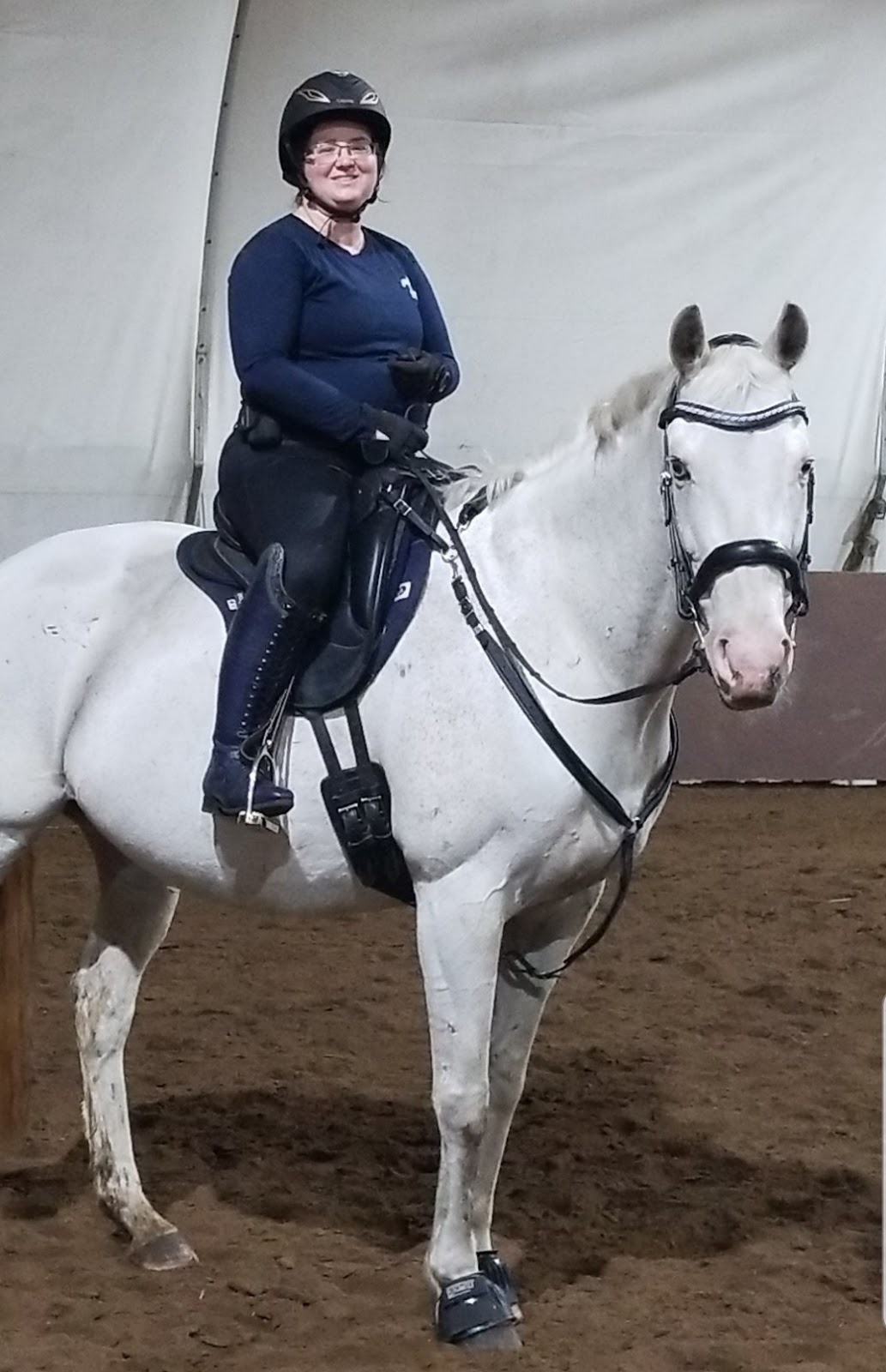 You can't really see them here - too much dark on dark. But trust me - they look fantastic!

These are solid boots. The leg is fully lined with a thick leather that is fairly soft. I was surprised by the weight when I first picked up the box. The boots feel like they are built to last. 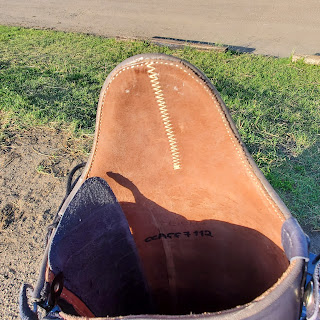 I think that the Bia's are more of a dressage style versus a jumper style as they have the boning down the back seam. 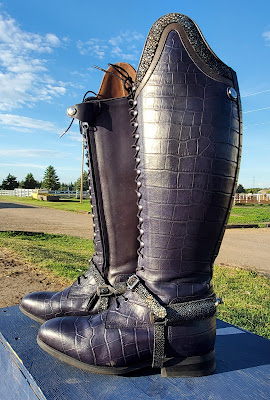 I chose Phantom for their premiere ride. I barely managed a half-hour of easy riding - I couldn't feel my right leg in relation to the horse or stirrup and my left ankle was aching. But about half-way through the second ride on Cisco, I forgot that I was wearing new boots. They were already starting to feel much more broken-in. 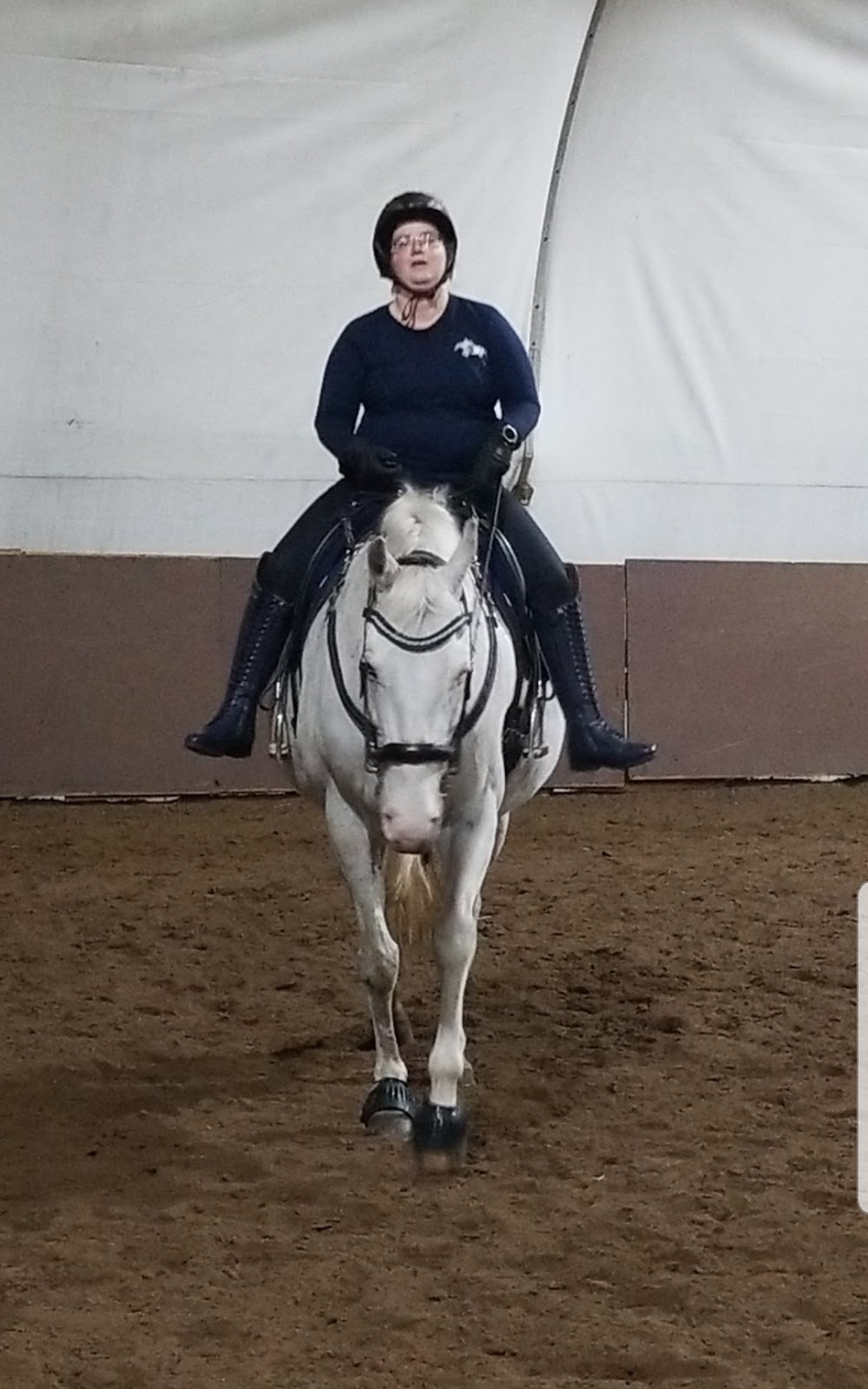 The moment of relief when I've decided my ride is done and I can let my sore ankles dangle.

The only thing that I don't like about them is that I found the footbed to be very hard and uncomfortable. I have crappy feet though, that need a high-cushioned footbed. I had a pair of Nike running shoe insoles kicking around that I put into the boots and that made a huge difference. The foot is a little snugger with them in but with thin socks it isn't uncomfortable.

I'm only a couple of rides in, but so far I'm really happy with the boots. I'm determined to look after them and clean and polish them regularly so that they last a long time. I can't afford a second pair anytime soon!

Now I just need to figure out how to fit them in my tack box! I have a spot set up for tall boots that I used to use, but these boots won't fit in there while in a boot bag - they are just a wee bit wider than the space allows. I'm going to have to get creative with Pony Grandma's assistance and customize some sort of individual boot coverings. There's only one spot in the tack box that the boots can be made to fit so it going to have to work!