I'm weak. I totally admit it.

My friend T got a Pivo about a month ago. I was really impressed with how well the videos turned out, especially outside. I looked at them online, coincidentally there was a sale, (there's always a sale lol), signed up for the 5% email code, and then looked at my credit card statement and decided I should be smart and I don't need another camera system - I already have a Pixio - which had yet to return from it's required repairs in France.

A few days later, they sent another email, this time with a 10% off code.

A Pivo Silver arrived a week and a half later. 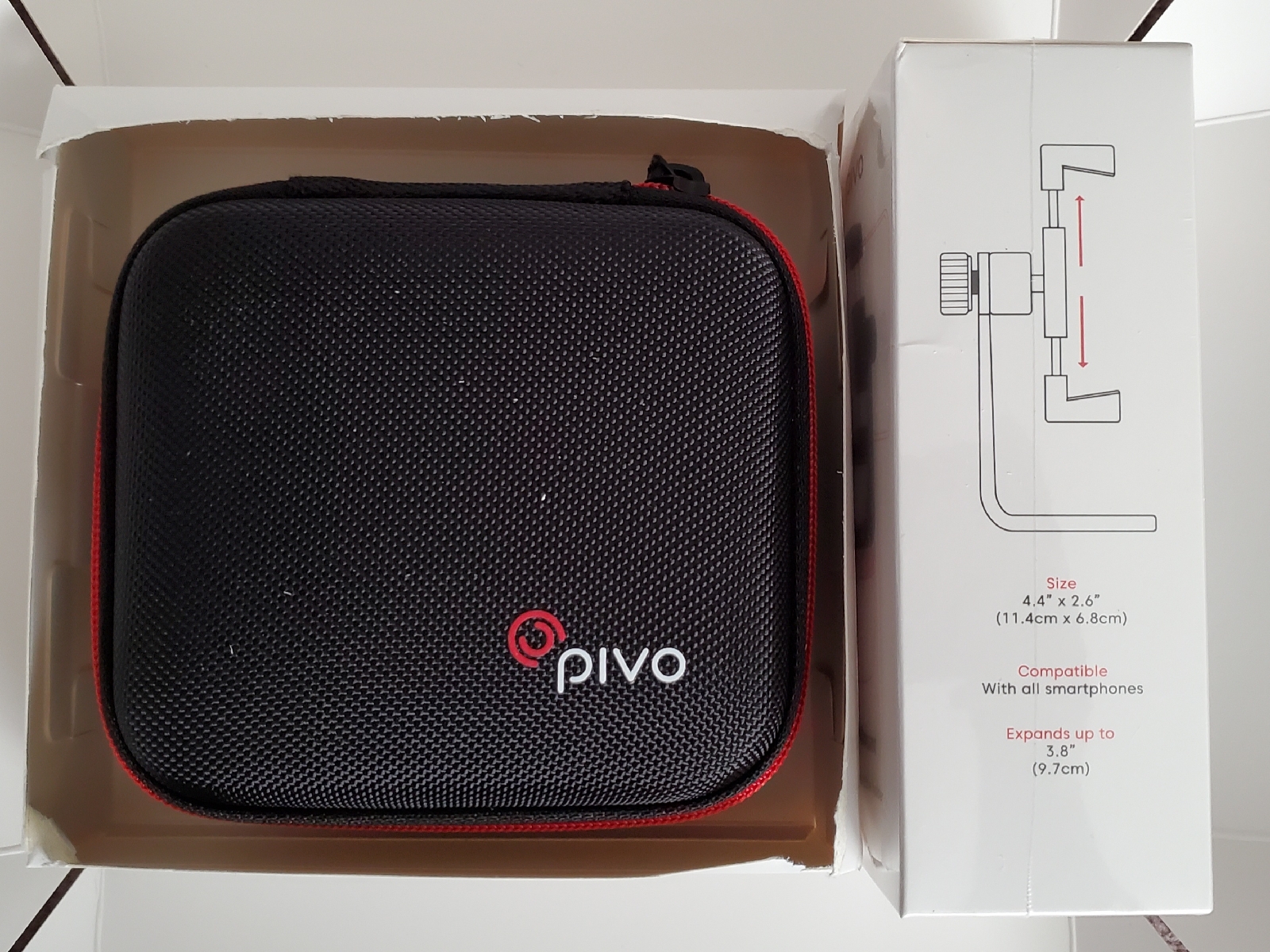 It was kind enough to arrive on my day off so I had some extra time to play with it at the barn. I'm quite interested in all of the other modes that the app offers, although I don't know how many will work with a horse.

Overall, I was super impressed with the Pivo.

The plan is to use my old phone, a Samsung Galaxy S8, which still works fine, just a little slower (it also has a crack across the front camera, so I'll just have to use the back camera, no biggie). This way I can just leave everything at the barn in my tack box and not worry about draining my new phone's battery more often. 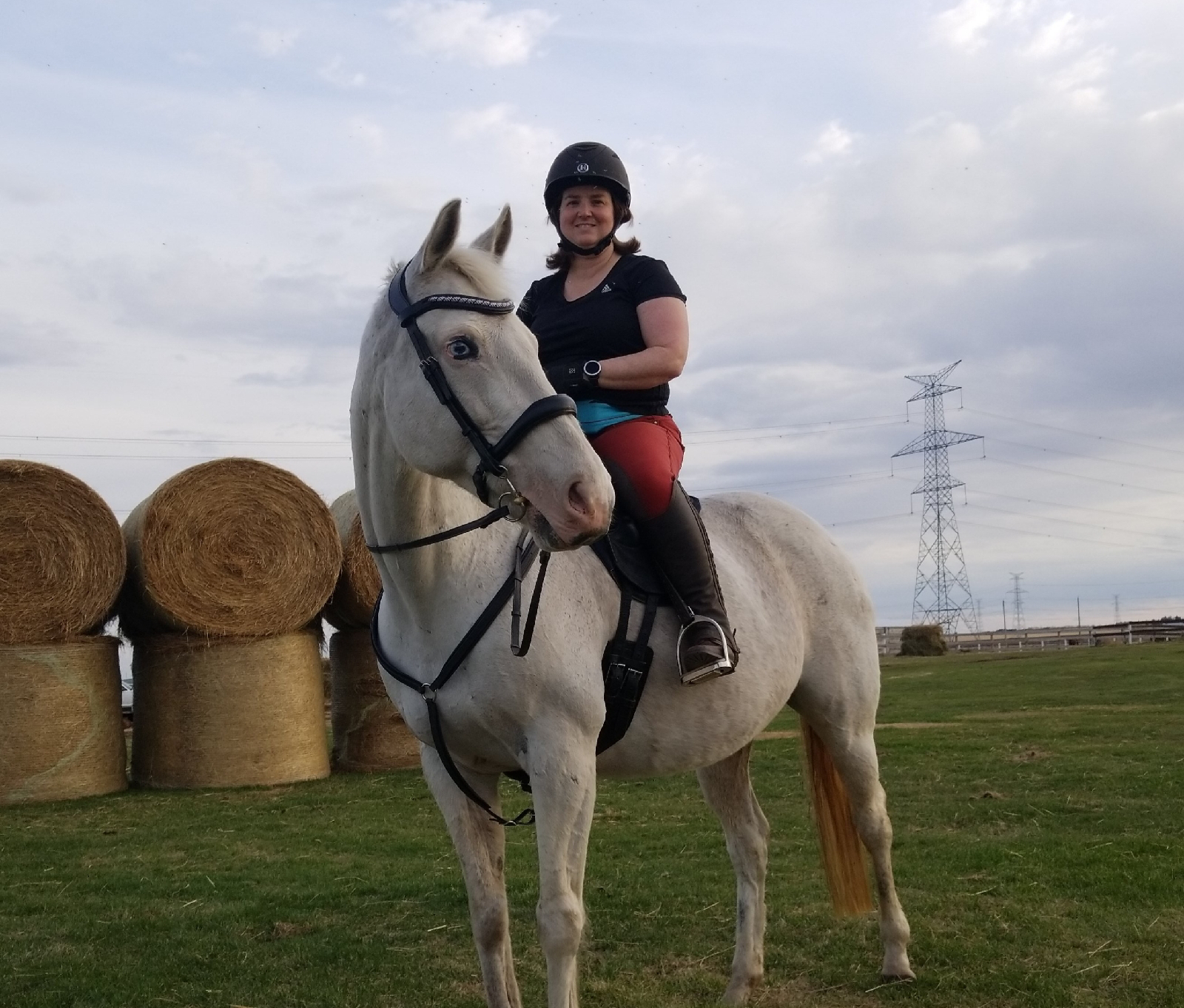 Phantom was kind enough to strike a pose for the camera at the end of the ride.

I rode outside in the field that I normally ride in, which is maybe 50m across. The Pivo was about 10m from one side, and it was able to keep track of me about 40m away. For the most part the only times that it lost me was when I rode too close to it. 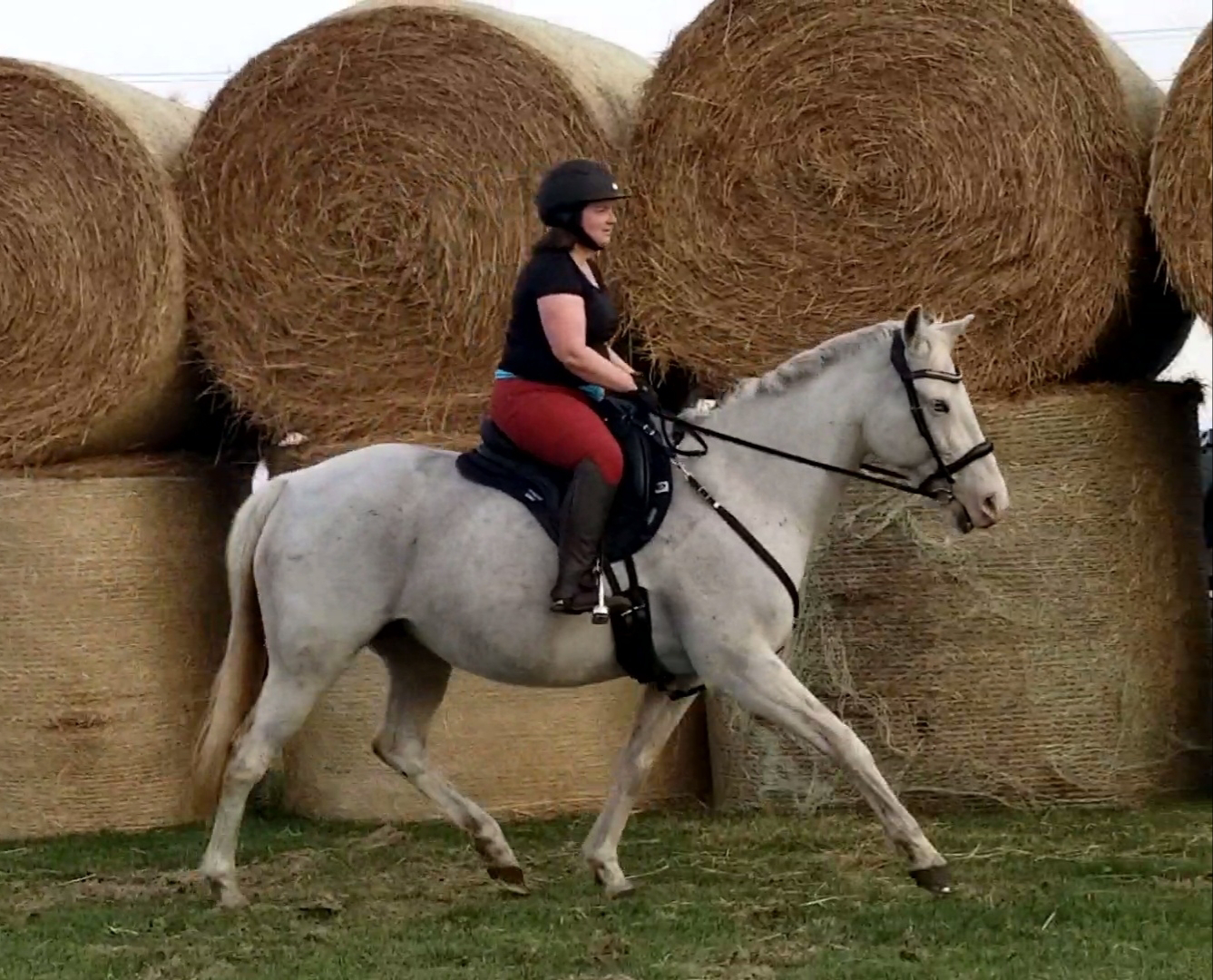 The picture quality is only as good as your phone. I was super impressed by the quality from my outside, evening rides; I don't know that it would be that good inside. I had assumed that the Pivo Pod would fit on my tripod, but I forgot that the screw on the tripod is larger as you are supposed to put some type of head on the tripod. I keep a quick release plate on the tripod, and have ordered a plate for the Pivo, but for the first day I dragged a barrel out and plunked the Pivo on it. Thus, my pictures aren't totally level, but no complaints. 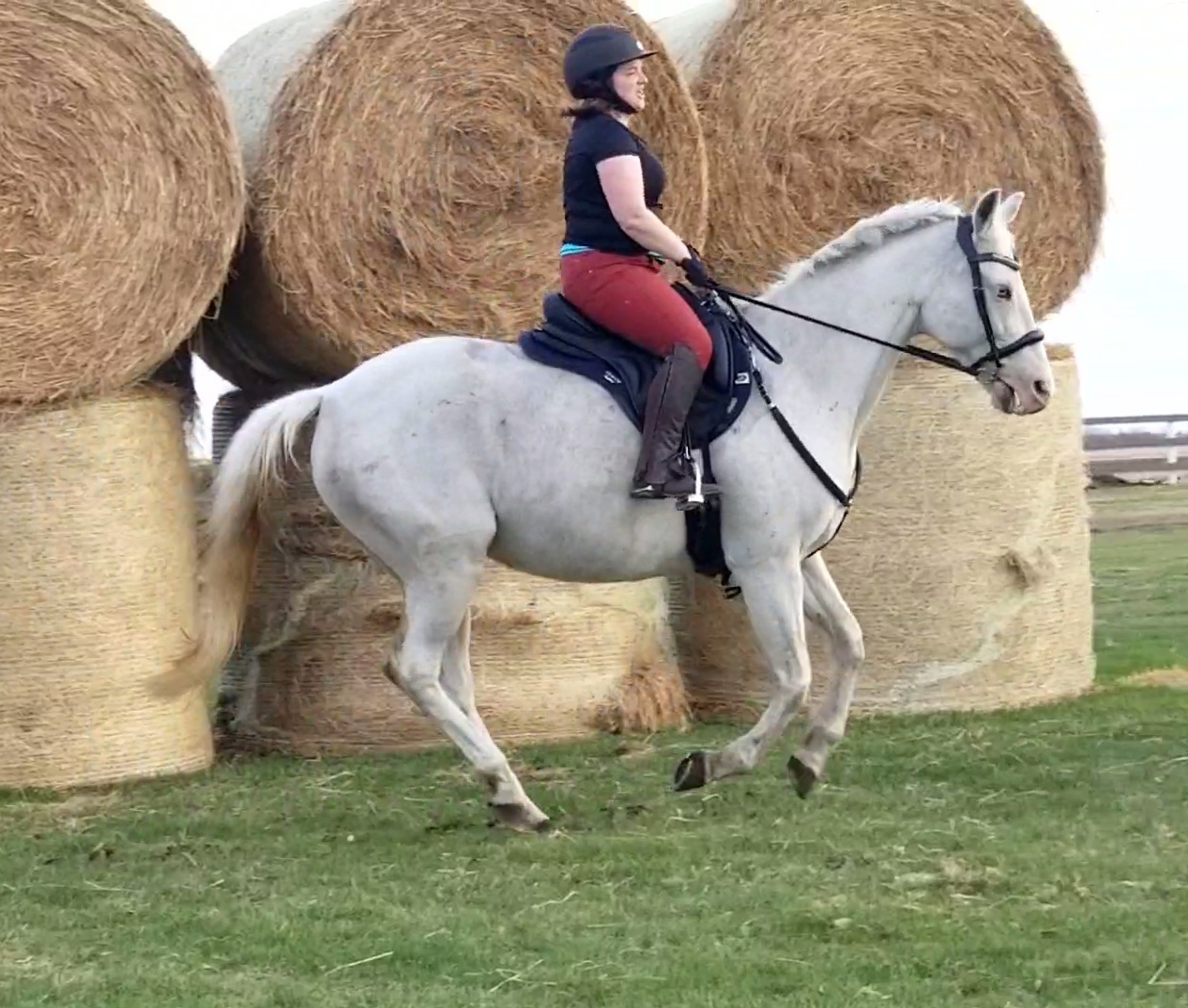 I know, I know, I already have a Pixio, why did I need another recording device?

I try to ride outside as much as I can in the summer, generally in this field. If I want to use the Pixio I would need a total of 4 tripods to set up the camera and 3 beacons around the field, and there is often times when someone drives through the field, or wind will gust, and I don't want to risk my expensive system falling over. Not to mention the huge PITA factor of setting up and taking down 4 tripods. 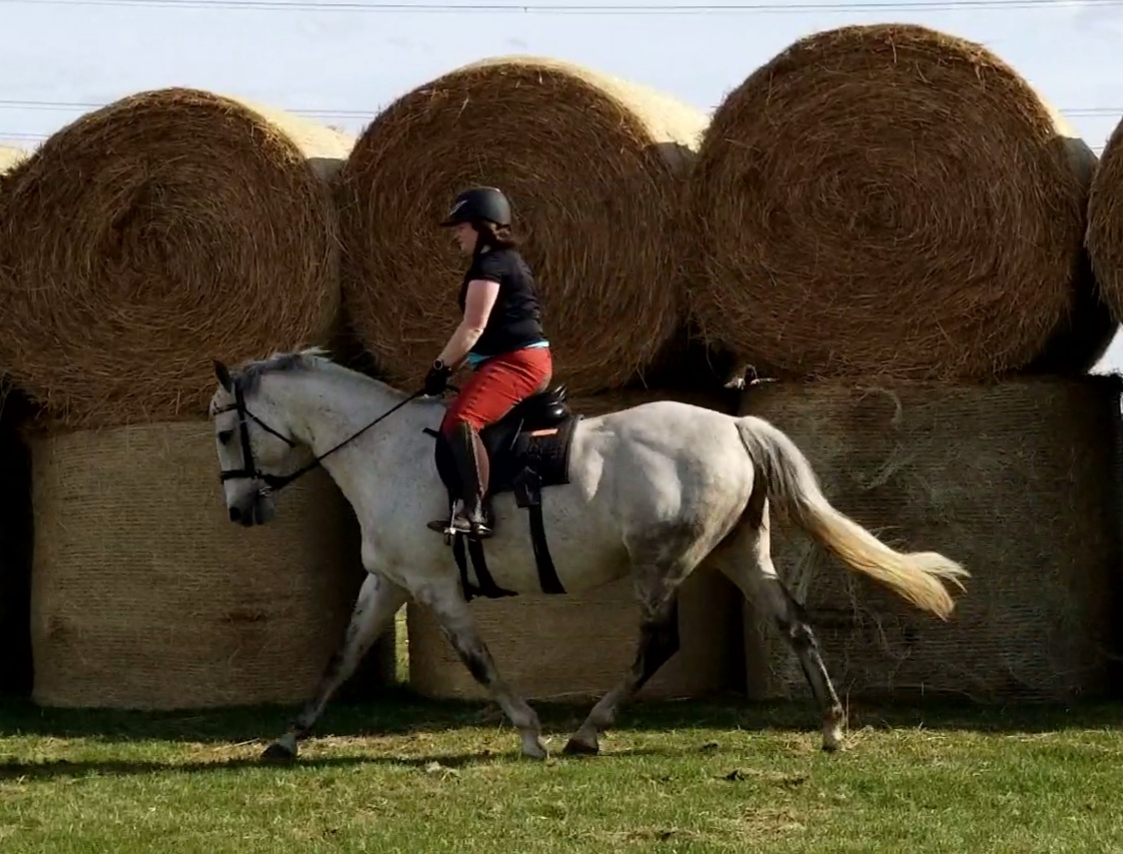 Also, there have been many moments when I've been working on groundwork or on something in the barn and I want to record it. Again, the Pixio could be a pain to set-up - especially in the barn. The Pivo is small enough that it can live in my tack box. As the saying goes, the best camera is the one you have with you. It doesn't matter if you have a great camera if it's sitting at home and you missed the moment.

I haven't had time to go through the full videos, I just grabbed a few screenshots. Do I have time to review and analyse more video? Hell no! Quick screenshots? Yes! 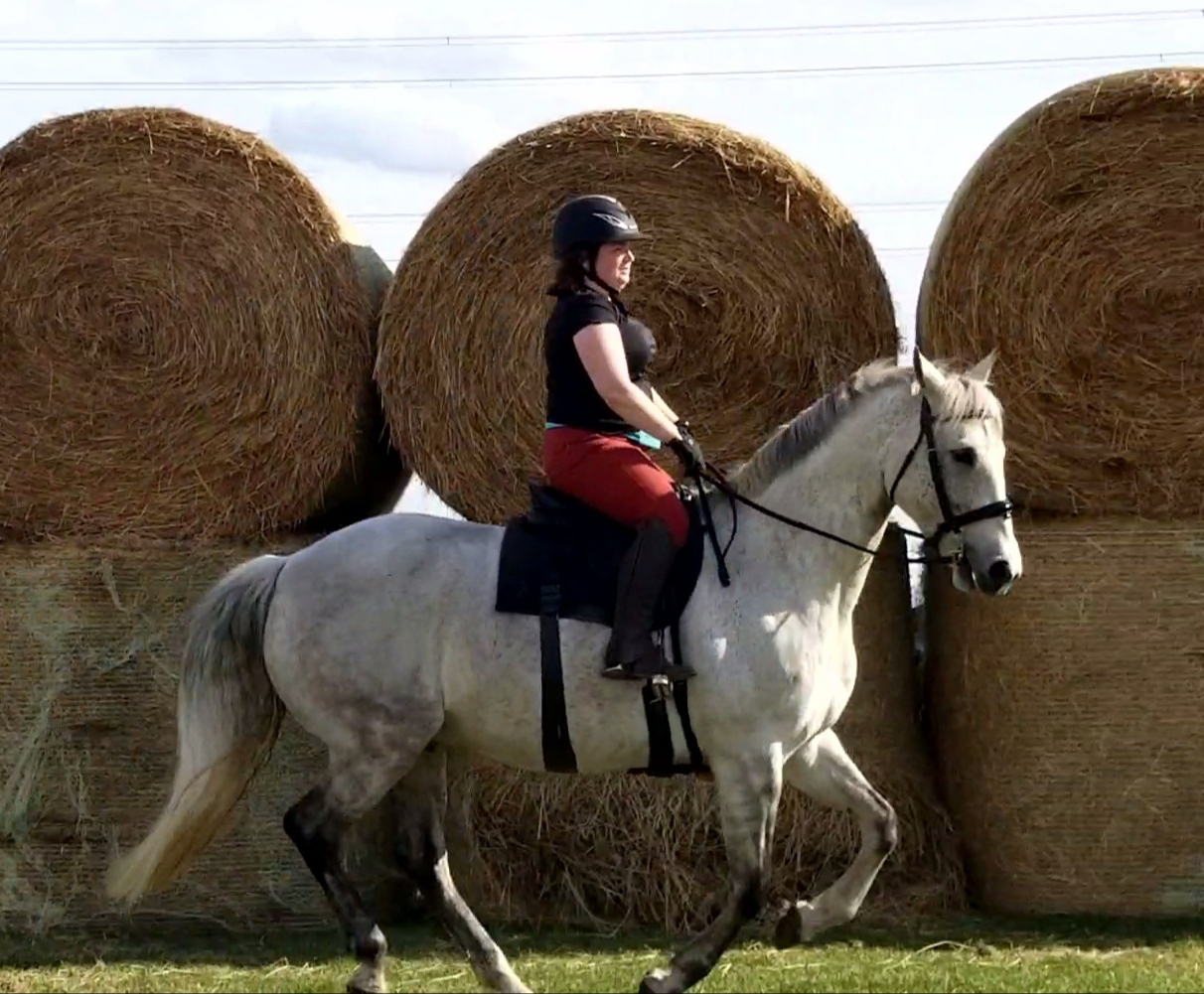 For my fellow Canadians - after the conversion to the US dollar, the Pivo Silver starter pack came to $202 CDN. I was lucky and didn't get dinged by customs for extra charges. It ships from China, and took a week and a half to arrive to me in Alberta after landing in Vancouver.

I've admittedly only used it once, but so far, so good, and I'm happy I've got it!

Email ThisBlogThis!Share to TwitterShare to FacebookShare to Pinterest
Labels: pivo