Phantom and Cisco have been living in the same paddock together for the last year or so. They've lived together on many other occasions, so they know each other well. And most importantly, Cisco knows that Phantom is the boss.

Also in their current paddock are two other horses - a Fjord (probably a cross) named Pete (Petey, Peter) and a paint mare named Lucy.

Pete has been enamored of Phantom ever since their first meeting. It took her a while to warm up to him, but now they are always close to each other.

Pete and Cisco have been roommates the longest of everyone in the paddock, so they also know each other well. Lucy is the newest to the group as of last spring, and she is definitely at the bottom of the herd. She tends to keep to herself because Pete will likely be mean to her, especially if Phantom is around.

My two have always been excited to see me and try to be the first horse to be brought in. Lately, Pete has also been excited to see me. I don't often give treats in the paddock so I couldn't figure out why. It turns out that the lady who started riding Lucy this fall has been a bit generous with the treats when she goes out. So now everyone is a bit treat happy.

Thus, when I put my horses out, I end up with three beggars at the gate. 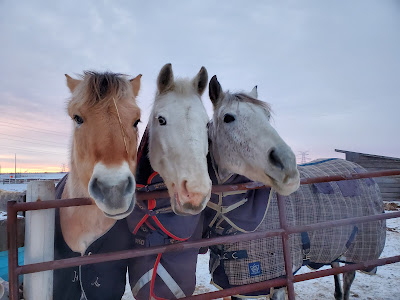 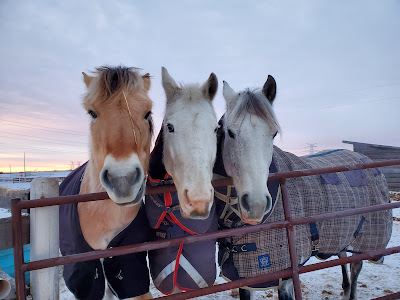 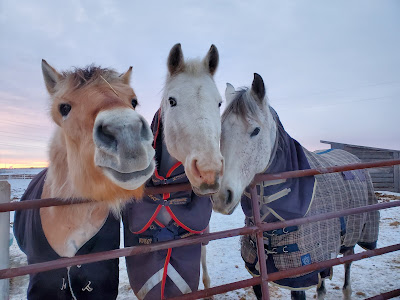 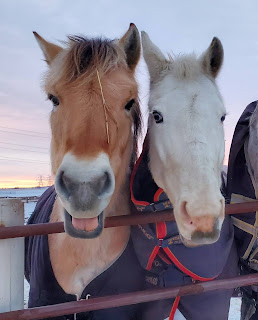