The Suspension is Killing Me!

In reviewing Pixio footage from Sunday's ride to get a couple of decent screenshots for yesterday's blog post, I came across something that I found kind of interesting.
I never really realized how much a horse's body moves up and down in a trot.
It was just the perfect set-up to be able to see the suspension in the gait. Cisco was trotting in front of a contrasting coloured half wall, and his butt was pretty well level with the top of that wall when it was at it's highest point. I was slo-mo'ing frame by frame to find a good shot and noticed the difference in the amount of wall that was exposed above the horse.

Here a still of when his butt/back was at it's highest point: 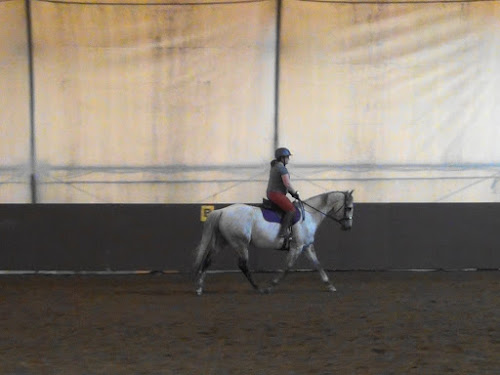 And here is the lowest point halfway through the same trot stride. 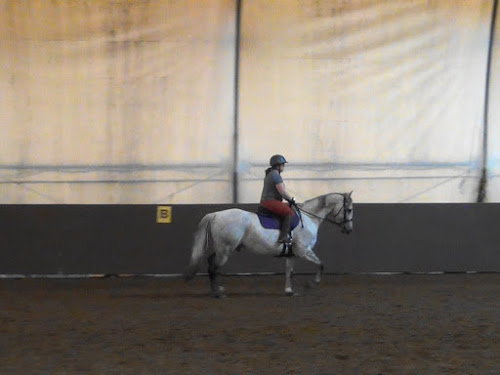 You can see quite a bit of the dark wall behind the saddle when compared to the first picture.
Does it mean anything? Nah, I just think it's cool. It was just kind of flukey that he lined up so well against the wall to be able to easily see it.
It's just another way that I'm amazed at how the horse's body works. Think of the amount of pressure that the legs have to absorb to move that barrel of a body up and down with every stride. It's all about that suspensory ligament doing what it was designed to do - act like a thick rubber band that absorbs the shock and releases the energy again.
Cisco is by no means an extravagant mover with a bunch of suspension in his trot. Just imagine what we would see if he moved like Valegro!
at July 07, 2020