My Black Friday Hit to the Wallet

You know how, the other day on my Black Friday sales list, I said that I had a small horse list of things I was looking to pick up on Black Friday?

I mean, I didn't buy a saddle or anything. I have to sell one before I'm allowed to buy one.

For the most part, I bought boring things.

Two buckets of spirulina from Herbs for Horses for Phantom. At 20% off they came to $120.88 shipped - the regular price is about $75 per bucket. Cisco needs a new girth in a smaller size than his current girth. I've been planning for a while to get him a Total Saddle Fit Stretchtec girth. TSF has a one day sale at 20% off, which works out to be the lowest price even though it's coming from the US. It will cost me about $210, and hopefully I won't get dinged by Customs. 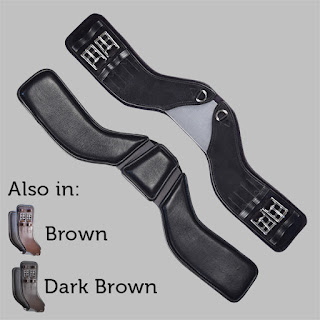 Since I trialed a non-slip underpad on Cisco (which worked amazingly well) I've been looking for the Shires Gel-Eze Under Bandage that gets rave reviews as an underpad. I was hoping that one of the two stores in Canada that I've been able to find it at were going to have a sale, but Ebay came out with a 15% off code so I ordered it from a place in the UK instead. It might end up on the slow boat to get here, but I can wait. I actually ordered two so that I can use one on Phantom - maybe it will fix my sliding to the right on a left lead canter issue. Two wraps came to about $65 - I was looking at spending upwards of $47 each otherwise. 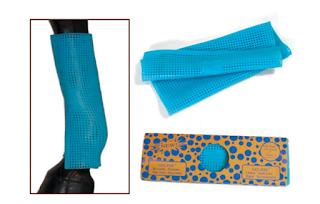 And lastly, I bought myself a new sports bra. I could happily live in sports bras - I prefer to wear them to work when at all possible, provided that they aren't too tight and are comfortable for upwards of 9 hours. Not always the case - I have some that provide great support while riding, but I want that thing off as soon as I get home.

I love my Panache sports bra, but as an everyday bra, not for riding. It doesn't give me enough support for riding (unless I clip the straps into a racer-back styling, but then my collar bone hurts, and omg it's so awkward to set up). It's great to wear to work though.

Knixwear has come out with a new high impact sports bra, called the Catalyst. I read a few reviews by running magazines, and it looks promising. It's wireless, and I like how it sits a bit lower on your torso - my current bras have a tendency to roll up along the bottom. It wasn't cheap - on sale for $88 instead of $95. But I found an old referral code from somewhere in my emails so that got me another $15 off (although I had to buy something else to get the free shipping, so I bought one of their Evolution bras that will hopefully be comfortable as an everyday bra).

I'll let you do the math on my Black Friday shopping. I don't want to.

What did you spend your money on?